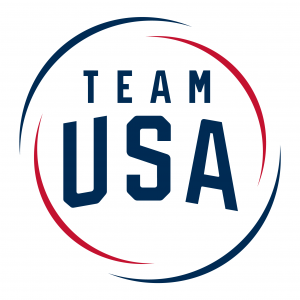 If you or someone you know with a physical disability is looking to participate in a competitive sport, please consider playing for the DASA Rolling Rams. The opportunity enriches and nurtures the lives of our athletes, builds their self-esteem, encourages greater self -confidence, and provides a wonderful social network. The sport also teaches teamwork, competitive skills, and discipline.

You can also train to be on the Paralympic wheelchair basketball team!

The DASA Rolling Rams practice at South County Technical High School between September and April. During the season, the team travels throughout the Midwest participating in tournaments, hosting fundraisers, and bringing awareness to the sport. The season wraps up with a national tournament held in April, which attracts nearly 1,000 athletes. Wheelchair basketball season is September-March.

Wheelchair basketball is now a competitive sport played at many universities including Arizona State, University of Alabama, University of Missouri Columbia, UCLA, Texas A & M, and Indiana University – just to name a few.

If you or someone you know is looking to participate in a competitive sport, please consider playing for the DASA Rolling Rams. The opportunity enriches and nurtures the lives of our athletes, builds their self-esteem, encourages greater self-confidence, and provides a wonderful social network. The sport also teaches teamwork, competitive skills, and discipline.

There are many Team Competitions and Exhibition games around the St. Louis and Columbia areas. Keep an eye on our calendar for dates, times, and locations.

Teams from all over the country compete at the National Basketball Championships in Varsity and Prep divisions. Teams must qualify at regional tournaments to progress to national Championship in April every year. Keep an eye on our calendar for dates, times, and locations.

Paralympic Wheelchair Basketball competition is open to male and female athletes with physical disabilities such as amputation/limb loss, spinal cord injury/wheelchair-users, cerebral palsy/brain injury/stroke, and other orthopedic and locomotor disabilities.

For times, locations, dates, and more go to our calendar of events or feel free to contact us today.

The National Wheelchair Basketball Association (NWBA) is comprised of over 200 wheelchair basketball teams across twenty-two conferences. The NWBA was founded in 1948, and today consists of eight divisions including Division I, Division II, Division III, Women’s Division, Intercollegiate Men’s Division, and Intercollegiate Women’s Division, as well as Junior 10’ (Varsity) and Junior Prep Divisions. The National Wheelchair Basketball Association hosts the NWBA National Tournament each year. The top teams from each division come together to compete for their national title. The past few years the tournament has been hosted in Louisville, KY. https://www.nwba.org/

Participate in Wheelchair Basketball this Season

To get started, please fill out the New Athlete Form first, then fill out the registration form for the sport you’d like to play, and be sure to check out our calendar for the latest information. If you need assistance, contact us today. 636-477-0716

We would love to learn more about your fitness needs and how DASA can help, please do not hesitate to reach out!

With as little as $10, you can change a person’s life.

The first step in becoming a new DASA athlete is to click on the link below and complete our form.

Our Next 5 Upcoming Events

Get started by registering today for DASA‘s Recreation & Competitive Sports.

We offer a wide variety of programs in both St. Louis, MO and Columbia, MO.

Sign up to receive the latest news and program updates from the Disabled Athlete Sports Association!